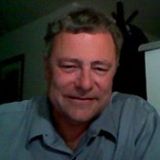 I have a new book out: David Stacey and Gregory Doudna, with a contribution from Gideon Avni, Qumran Revisited: A Reassessment of the Archaeology of the Site and its Texts (BAR International Series 2520; Oxford: Archaeopress, 2013).

David Stacey is an archaeologist in England who worked ten years on the Netzer excavations at Jericho, the nearest major site to Qumran, where most of the Dead Sea Scrolls were found. Stacey reassesses the interpretation of the archaeology of Qumran. Most scholars of the Qumran texts have assumed Qumran was the site of a monastic-like group of Essenes. Stacey argues that Qumran was an extension of Hasmonean Jericho, and that Qumran was a site for industries located away from the people at Jericho.

My contribution to this book–dealing with the texts found at the site–is entitled “The Sect of the Qumran Texts and its Leading Role in the Temple in Jerusalem During Much of the First Century BCE: Toward a New Framework for Understanding”

Updated May 2, 2015. The best place to find my Dead Sea Scrolls and other scholarly publications is at my page at www.academia.edu.

This entry was posted in Uncategorized. Bookmark the permalink.